One of my best finds on our recent food market-crawl of London was a chunk of ‘nduja sausage made by British Artisan Charcuterie makers Cannon & Cannon. 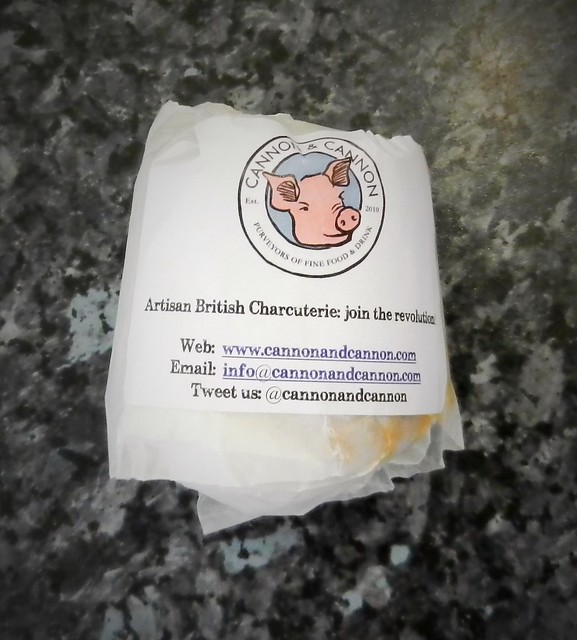 The salamis we bought at the same time were consumed over a few days of VERY restrained pre-dinner nibbles, but this had a higher calling.

‘Nduja is a spicy, spreadable pork sausage normally from Calabria, Italy rather than Dorset, GB 🙂  It can be eaten as-is but when cooked it melts down and melds with the other ingredients, releasing its spicy oils. In the past I’ve had it on pizza (long time ago) and seen it in pasta recipes or simply spread on bread, but I wanted to be able to enjoy it without suffering with a carb-hangover for days later so a LCHF incarnation was required.

We went through a faze of having Chachouka on a regular basis, and hubby got sick of it,  so to re-introduce that kind of supper I bastardised a recipe for Uova in Purgatorio – translates as “Eggs in Purgatory” but I prefer to think “Egg in Mild-Peril” 🙂

To compliment the fennel seed and spicy, red pepper flavour in the sausage I made a rich tomato sauce with fennel. The crumbled sausage was mixed in and the hot ragù topped with eggs. 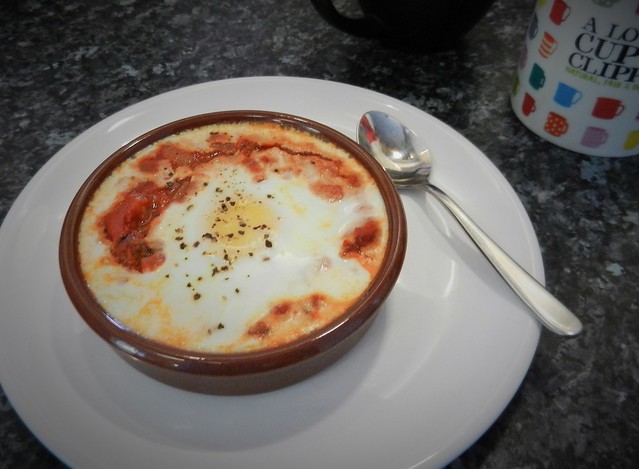