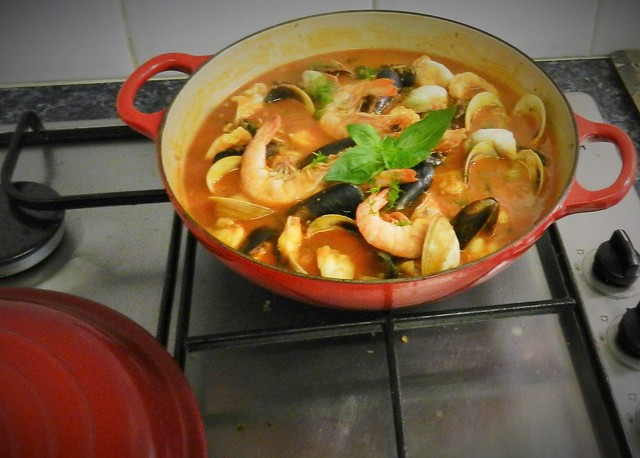 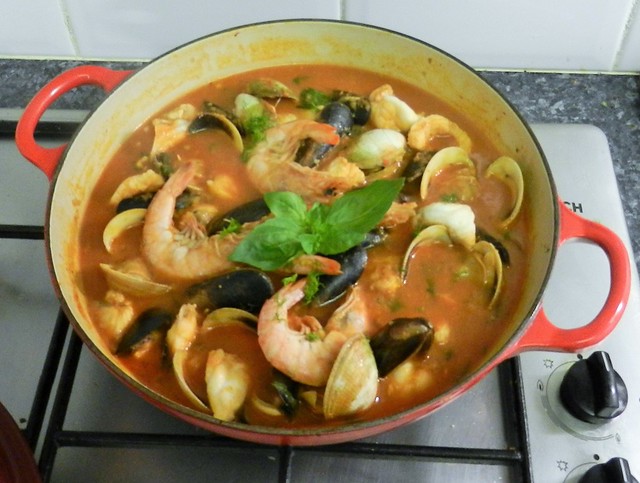 This experiment came about after a conversation over several beers – who says alcohol has no benefits?!

Having seen Rick Stein effectively bonfire a pile of mussels on TV a few years ago, we thought we have a go at but using the braai as we don’t have a beach to cook on.

Rather than just make a foil parcel and steam them (en papillote) we wanted to get that smoky, baked flavour you get from grilling seafood right over the fire but the mussels would fall straight through the bars onto the charcoal, and that just wouldn’t do. I considered a DIY project involving a bit of metalwork but then the easier option presented itself – a cheap BBQ wok sold at the supermarket. Comes with a foldable handle so we’ll be able to put the lid. Now, just to wait for the pesky molluscs to be back in season – simples 🙂